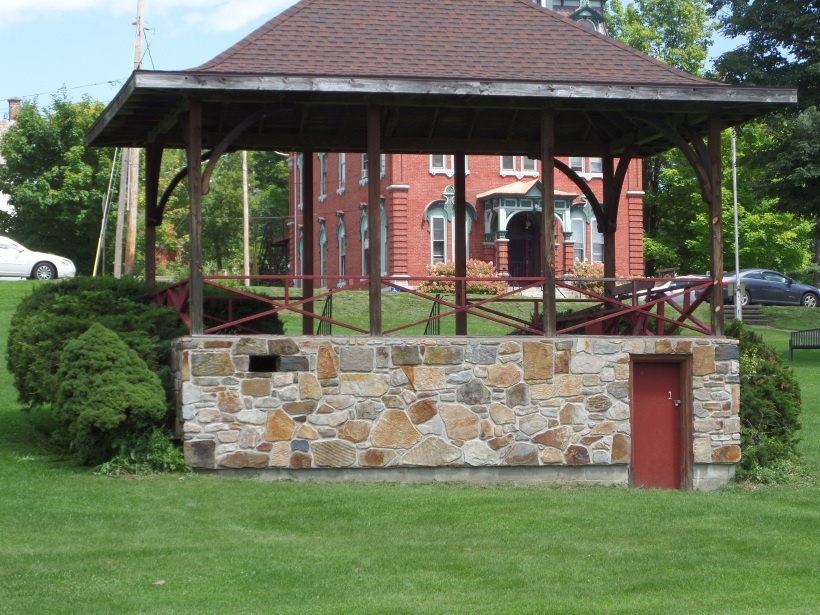 I grew up in a small picturesque kind of town. Main street had a lot of charm. Even with it being a major thoroughfare in the state, it was still a relatively peaceful setting.

On main street, there was an old-fashioned country store, where you could get almost anything your heart could desire. If by chance there was something you were looking for they didn’t have it could easily be ordered for you.

Along with the store there were several little shops and boutiques. There was a library that was only on weekends, except on Sunday mornings. It was a little hard to read in peace when the only church was hold Sunday services were going on next door.

The real excitement in town happened on Saturday evenings in the town square. That’s where everyone would gather for a village stroll style event.

There was always food at the local fire house. It was relatively cheap, but, how do you make hot dogs and hamburgers fancy or expensive. On the rare occasion, there might be grilled chicken.

On the lawn, there were always games and activates to keep the kids entertained. When I was young it was a great time. I always looked forward to playing the games with my friends. As I grew, however, they became less fun and downright childish.

We all stayed friends and went every week, but there were many other things on our minds. For starters, there was the music being played at the town’s band stand.

Granted the music wasn’t what most of us liked listening to, it was a bit old-fashioned. We loved to joke and laugh at our parents and all the other adults dancing and carrying on. It was a real hoot, that is except when one of the parents would want to dance with you.

Do you have any idea how embarrassing it is to dance with your mother in front of the whole town? Of course, your friends didn’t make it any easier. They would raze you mercilessly for the rest of the night or at least until another one of your friends was forced into dancing with their mother and then they became the target of the ridicule.

That band stand played a big role in most of our young lives and early relationships. Not just with friends and family, but our love lives.

I remember sneaking out of the house on more than one occasion. It didn’t matter the weather, we always had the band stand for coverage. More often than not, there was beer involved that someone swiped from their parents on the way there.

It was on one of these nights that it happened. I meet the love of my life or at least I thought I had.

Emma was a great girl. We spent hours just sitting there and talking. Occasionally, one of us would steal a kiss. As our friends started to head home one at a time our little kisses graduated into a full blown make out session.

I had never felt more alive than I did that night. Just sitting there in each other’s embrace, not knowing if someone might spot us there.

At some point a blanket appeared and the two if use ended up on top of it. To this day I don’t know where that blanket came from. As with a lot of teens our age the hormones started to take hold and one thing lead to another and cloths started to go flying. I still can’t recall all the details of that evening weather it was from the alcohol or from the shear shock and pleasure.

At some point during the night Emma must have left me lying there naked in the band stand fast asleep. All I remember is waking up in the morning makes with the town constable standing over me, which was mortifying since my father was the town constable.

It wasn’t too long after that we found out Emma was pregnant. Of course, it was the last thing either of us wanted from one night of unbridled passion.

Before Emma gave birth to our beautiful son Kirk we were married. Granted it was an old-fashioned shot gun wedding and I mean literally.

Two years to the day Emma disappeared from our lives. It was hurtful to me, but it was going to be a lot harder on poor little Kirk. To this day I still look for her every Saturday at the band stand.

I can’t even look at the band stand the same way and not remember that fateful night. But, I thank God every day for my beautiful son.

I hope you all enjoyed this short story. If you enjoyed this story please give it a like to let me know. As always if you have any thoughts, comments, or suggestions for future entries please feel free to leave it in the comments.