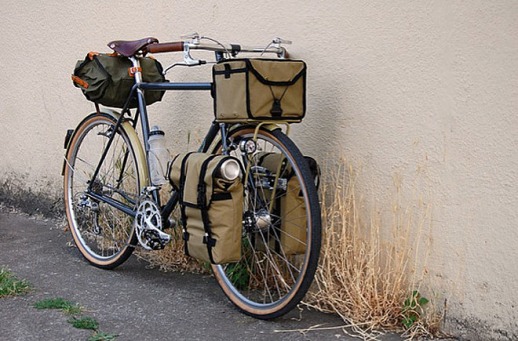 Evan was an avid cyclist, during the warmer weather you couldn’t find him without one of his pride and joy bicycles.

In all his years he never once bought a prefabricated bike in a store. Each and everyone one of his bikes was handcrafted from the inception to the finished product and there for a one of a kind. With every bike he builds there is a predetermined purpose to them.

Every day without even the rain stopping him Evan was out peddling to and fro. Some might even say he was an environmental activist or even a health nut.

With his healthy life style it was still a surprise that he was diagnosed with a very aggressive form of cancer. The medical establishment only gave him approximately nine months to live.

The word of his illness spread like wildfire throughout the small community he lived in. Even those that knew him only as the bike nut were stunned to hear of the illness.

Instantly everyone in the town wanted to help him out. Fundraisers were set up to help him with his medical bills. It seemed like every weekend there was another spaghetti dinner being served in his honor.

In all honesty he was glad everyone cared so much, but he just wanted to be left alone to deal with his condition on his own. Not until a conversation with his good friend and neighbor Emmitt that he finally saw the blessing that it really was.

There was always one thing the Evan wanted to do, for years he had seen groups of cyclists ride through the area on a bike tour of the U.S. country side. This was his last great wish to do with his and would be his most triumphant ride to date.

So the following may with much fanfare and ado, Evan rode off with his best touring bike. The entire town had gathered to cheer him on as he rode off into the morning sun rise.

Evan enjoyed every minute and every mile of his ride. He never once felt bad or mad at the circumstances that lead to his last great ride.

Four months later the group pulled back into town. Yet again the entire town had turned out to great Evan. To their dismay all that returned was his bike in the back of the groups van.

A month earlier while taking a water break, Evan had been struck dead by a distracted driver who was on her cell phone while checking her makeup.

The entire town mourned his loss. In the center of town they erected a statue of Evan with his returned bicycle. To this day the statue still stands as an everlasting reminder to grab life by the horns or in Evan’s case the handle bars.

I hope you all enjoyed.  I would love to hear what everyone’s thoughts are. As always please like a follow to learn more about the page content.

So until next week, sit back and relax with a good book.